The Texian Newsletter is issued quarterly by the SRT. To receive this newsletter via mail, you must add an additional $25 to your annual dues. Click on the month of the issue to download. 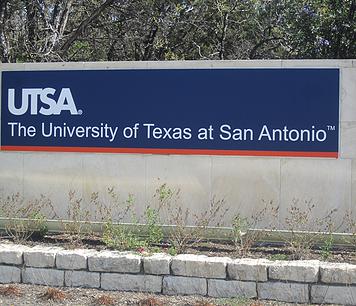 The SRT owns this collection of more than 5,400 historical documents. They are currently on loan to the UTSA.

The document collection can be viewed online by clicking here.

The Handbook of Texas Online is a multidisciplinary encyclopedia of Texas history, geography, and culture sponsored by the Texas State Historical Association and the General Libraries at UT Austin.

Teaching Tools presents a collection of instructional resources designed to assist teachers of Texas history. Most items in the collection are intended primarily for classroom teachers at the 4th and 7th grade levels, where Texas history receives special emphasis in the curriculum, but many can be easily adapted for use in other situations with different age groups. Each teaching tool has been prepared by a practicing classroom teacher or by an educator with previous classroom experience. Authors are credited individually within the structure of each tool.

A recently completed documentary on Sam Houston (Sam Houston the Movie) is an outstanding resource for information and their website offers further educational tools.

Presidio La Bahia (Fort on the Bay) and Our Lady of Loreto Chapel were constructed in 1721 on the original site of LaSalle's doomed Fort St. Louis on the western shore of Garcitas Creek, near present day Port Lavaca. This location proved unsuitable, because of troubles with the Karankawa Indians and in 1726 it was abandoned and the fort relocated inland (some twenty-six miles) along the Guadalupe River near the site of Mission Valley (northwest of present day Victoria, in Victoria County) and near the Aranama Indians. Presidio La Bahia itself was rebuilt of quarried stone on a site that later became part of Fernando De Leon's Rancho Escondido. For the next twenty-six years the La Bahía Mission and Presidio prospered; successful farming and cattle ranching enabled the Presidio and Mission to supply themselves and other Texas missions with ample food.

The San Jacinto Museum: On April 21, 1836, Mexican rule over Texas came to a dramatic close. The climax of the Texas Revolution, the Battle of San Jacinto eventually moved Americas western border to the Pacific Ocean. And its story will move you to a better understanding of America.

The Goliad Massacre: ....."Boys, they are going to kill us---die with your faces to them, like men!"......two other young men, flourishing their caps over their heads, shouted at the top of their voices: "Hurrah for Texas!" Can Texas cease to cherish the memory of those, whose dying words gave a pledge of their devotion to her cause?--Capt. Jack Shackelford, Survivor of the Massacre

The Alamo: History and Present.

The SRT Shop uses PayPal and is available for Members. 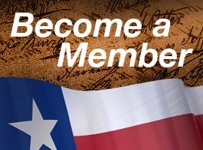